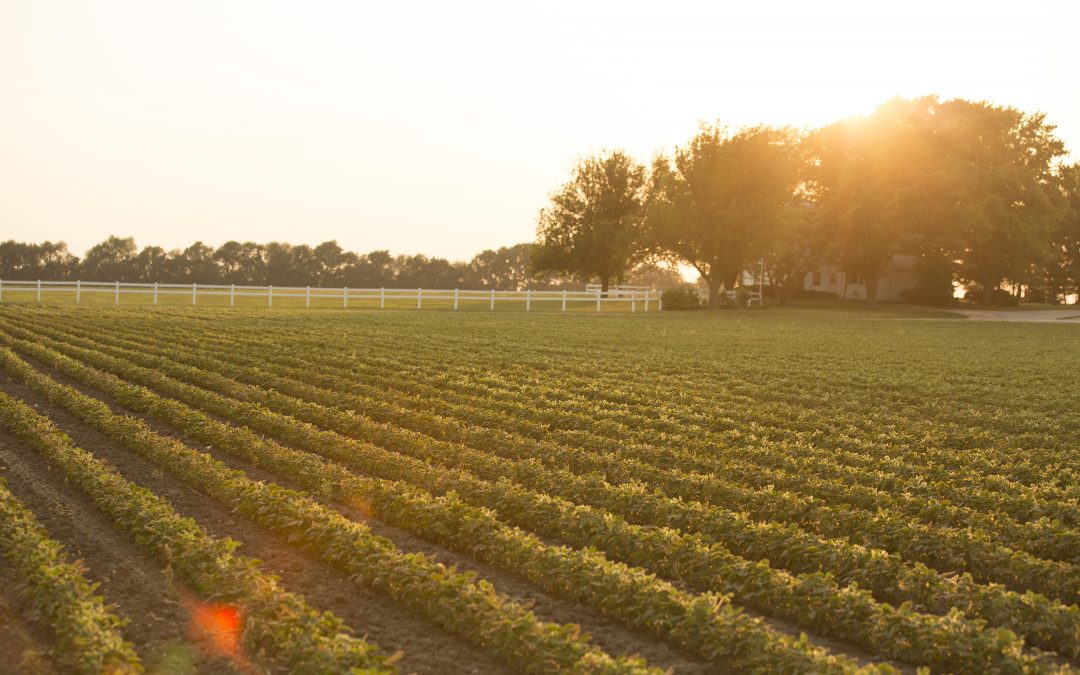 Early results are starting to come in for the first commercial season of Enlist E3™ soybeans. NuTech Lead Agronomist and Product Manager Brad Johnson and soybean farmer Jeff Boston give their perspectives on what they saw this inaugural year.

For the 2019 season, Brad says “The reception was enthusiastic and the feedback has exceeded our expectations. We don’t have all the data yet, but the soybeans looked excellent in the field. A DSM in Missouri said our Enlist beans look as good as anything in the marketplace.”

Jeff decided to plant Enlist E3 soybeans after seeing some glyphosate resistance in his area. He and his brother had switched to a conventional chemical program, but waterhemp is an issue for them, so Jeff was seeking another chemistry option.

Brad is impressed with the Enlist™ weed control system. “This was a tough year with a lot of adversity: weather, late planting and going weeks without getting into the field. The weed control was excellent. We took down marestail, giant ragweed, lambsquarters—you name it. That’s what the Enlist system is going to do for the American farmer.”

Unlike many other growers this year, Jeff didn’t have an issue with delayed planting. He used his own pre-emergent chemical program and then he sprayed Enlist One® in a tank-mix post-emergence.

Jeff decided against using a dicamba system in part because of his farm’s location and proximity to potentially susceptible areas. “We were concerned with having it [dicamba] move. Enlist is a lot easier to deal with.”

Brad saw success with both Enlist Duo® and Enlist One. “You will see plants rolling over within hours, especially at high temperatures and humidity. With other products, you don’t see effects for several days. With Enlist, the fields were clean.”

Brad likes the Enlist One tank mix with glufosinate. “It was like ‘liquid lava’ on weeds. The 2,4-D choline gets into the plant fast and trans-locates. Glufosinate is a contact killer. The two together are very synergistic. It’s amazing what that tank mix does to weeds in a 24-hour period.”

Jeff also found Enlist One easy to use. “I thought it was very easy to handle. We sprayed when it was fairly humid, didn’t see any movement at all on it. I was very happy how it stayed where it’s supposed to.”

“Enlist gives you a lot of flexibility,” Jeff said. If you don’t get pre-emergence and have to do a burndown pass, you can do it the same day if you want to with Enlist and you don’t have to worry about it.”

Brad says the Enlist system has exceeded everybody’s expectations. “I’ve had zero negative feedback on the soybeans or the system. With glyphosate, glufosinate and 2,4-D choline tolerance, you’ve got the best of all worlds in terms of tools to kill weeds.”

Jeff agrees. “Emergence was great,” he says, and although he was just starting to combine the beans, he was looking for a solid yield. “I’ve been pretty happy with how the beans looked all year,” he said.

Provided harvest performance is in-line with his expectations, Jeff expects to plant Enlist E3 soybeans again next year and expects other growers around him will adopt the technology as well.

What we learned this year

Brad stresses that Enlist E3 soybeans and herbicides need to be used as part of a program approach. “If we don’t take the weed resistance seriously, we’ll end up in the same position that glyphosate is in today. Use different modes of action to take the pressure off Enlist so it will be a viable long-term program for farmers for years to come.”

Brad is Lead Agronomist for NuTech Seed. Jeff is co-owner of JDB Farms in Richville, Iowa.