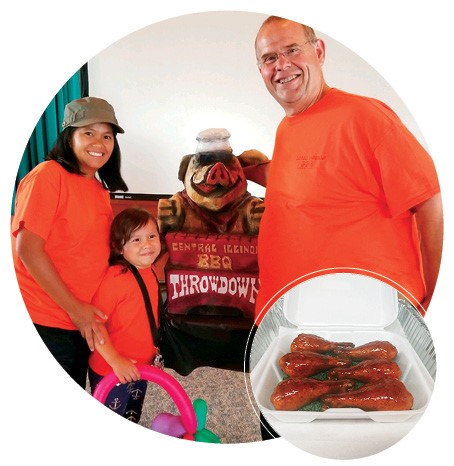 Ever watch TV competition shows and think, “I could do that”? For NuTech TSR Brad Cox, that thought turned into a serious hobby.

About ten years ago, Brad learned about barbecue competitions while watching “BBQ Pitmasters,” where cooks square off for big prize money. That looked like fun, so Brad, who along with farming and selling seed also owns a local hardware store, decided to host a town competition in front of Cox Hardware.

When it came time to name his BBQ team, Brad said, “Oh, we’re just a bunch of local yokels.” The name stuck, the Local Yokels were named Reserve Grand Champion at their first contest, and Brad was hooked.

The Local Yokels have now worked themselves up to the pro circuit. They recently competed at the Kansas City American Royal World Series of Barbecue®, where they were up against almost 500 teams. The Local Yokels finished 95th in one contest and 42nd in the invitational, among 140 teams. “We competed against folks from all over the world,” Brad said. He even beat out some of his barbecue idols—Tuffy Stone and Myron Mixon—the star judges from “BBQ Pitmasters.”

Brad confirmed his commitment to the barbecue circuit earlier this year when he purchased a custom-built trailer that includes a commercial kitchen and sleeping quarters. “The Big Orange Pig” trailer lets Brad and his family travel and compete in comfort and style. Or as Brad put it, “Winning that first contest ended up costing me a lot of money.” 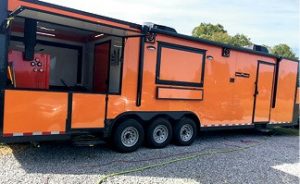 Between managing a 1,600-acre farm, taking care of his NuTech customers, running a hardware store and competing in barbecue, Brad is a busy guy. “It keeps me young,” he said, but he also gets lots of help and support. “It’s definitely a family affair,” said Brad. His in-laws come along to competitions to help watch the kids, who are ages six and one, and his wife takes the lead on trimming the meat and “building the box”—competition lingo for garnishing the container in which meats are presented to the judges. Brad says, “I couldn’t do it without her—we’re a team.” 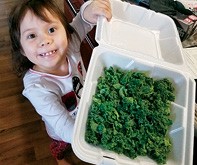 Brad’s six-year-old daughter is also active in barbecue, sometimes entering  the ‘kids’ cue’ at events,” Brad said. And when the Local Yokels get a “call” at a contest (when you’re invited up on stage as a top finisher), Brad lets his daughter take the stage and claim the prize.

Of course, not every contest ends with a win, and Brad uses that as a chance to teach his daughter about life’s ups and downs. “At the world championship in Little Rock earlier this year, we didn’t get a call. And my daughter looked up at me and said, ‘Are we going to get a call, Daddy?’ When I told her no, she got tears in her eyes and said, ‘But I want to get a call.’ I told her I did, too, but it’s not going to happen today.” Instead, Brad and his daughter congratulated the winners, “And we learned sometimes you don’t always win.”

Off the barbecue circuit, Brad turns his competitive focus to helping customers win in the field. “Most customers are neighbors and friends,” he said. “I really like going around and talking to other farmers and helping them put the right seed on the right soil.”

Brad appreciates the family feel of the NuTech Lifestyle. “A good friend of mine who’s also a six-time world barbecue champion gave me some good advice,” Brad shared. “Put God first, family second and barbecue (or in this case, farming) third.”

See tips from Brad on creating a delicious ‘cue in the harvest issue of NuTech Life.

Brad is a NuTech Territory Sales Rep, farmer and owner of Cox Hardware in Crossville, Illinois.